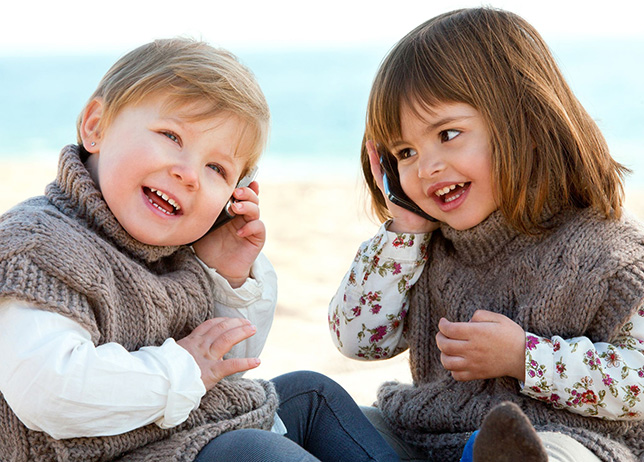 Below are listed the Services for Speech and Language that we offer:

SHOWWhat is a speech disorder?

Speech disorder, also sometimes referred as speech delays, usually describes a child who is not saying as much as expected of his or her age, or may be producing words that have many errors, is difficult to understand by those familiar with him or her. In some cases, the child is non-verbal.

There are multiple reasons why a child may find talking difficult. These may include reduced vision and/or hearing, structural abnormality, poor muscle tone (particularly those control the movements of the face, lips and voice), difficulty coordinating fine muscle movements (which talking involves all fine muscles), and unable to attend consistently to people and the words spoken to.

SHOWWhat is a language disorder?

Language disorder frequently occurs with speech disorder. However, it may also exist on its own. Language refers to the information conveyed by combination of words and sentences. A child may produce relatively good speech when repeating after a grown up, and yet does not independently or spontaneously communicate in sentences conveying novel information. A child may also have trouble processing spoken words and sentences; they may only “ get” parts of what was spoken.

The basis of language is human interaction. For a child who struggles with staying engaged with another adult, particularly in an interaction that is not dictated by the child, has interaction difficulties and frequently will face challenges with more abstract and unpredictable part of communication. The child may produce beautifully long sentences with rare vocabulary, and yet completely off the topic, and /or obsessive over a topic of his/her interest. This is known as pragmatic language disosrder.

The common reasons why a child suffers from language disorders are neurologically based: sensory difficulty (such as auditory processing), attention deficits, and inability to retain and integrate information received.

Childhood Verbal Apraxia, also known as Verbal dyspraxia, is congenital yet also neurological pathology that affects a child’s brain to coordinate smooth and timely movements of the oral motor musculature for talking. Some children have also Childhood Oral Apraxia which affects their feeding skills, particularly for chewing and advancing in textures.

Children with Verbal Apraxia often have associated other neurological difficulties such as reduced attention, sensory dysfunction (sometimes formally diagnosed with Sensory Processing Disorder), and dyslexia when older. Many of the children with Verbal Apraxia demonstrate otherwise age-appropriate understanding and interaction skills while others may struggle with social situation. Despite the absence of Autism diagnosis, they may be extremely shy, refuse to talk at all outside home or to strangers, and may have difficulty transition between activities.

While some children have documented and/or suspected causes for their Verbal Apraxia, many remained unknown. Currently there is no available biological imaging that can pinpoint what caused Verbal Apraxia.

The short answer is, usually not. Many parents I met mentioned someone they know that was “all better” when they are older. When discussed further, frequently these grow ups either had intervention, or continue to struggle with aspects of speech and language. Those with relatively mild symptoms may overcome their difficulty to the level of not noticeable to others. However, they would frequently reveal the struggle they had during their school years and how it affects their choice in jobs and sometimes life.

Children with moderate neurological and muscular involvement do not progress and develop adequate speech and language without help. Speech, language and communication are intrinsic to how a child learn, grow and interact with the people and environment around them. Speech and language difficulties frustrate and hinder their development.